We had a large group representing KARS
at the 1999 Dayton HAMVENTION®.

Below are many photos taken at Dayton. 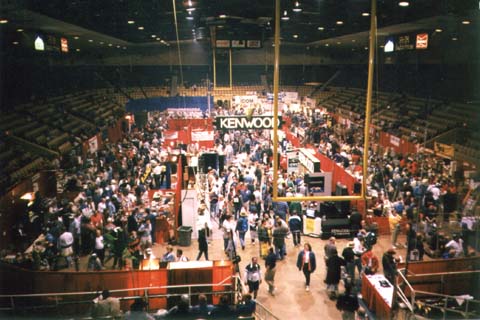 This is a shot of the main exhibit floor,
but this is only a very small portion of the
total indoor flea market space at Dayton. 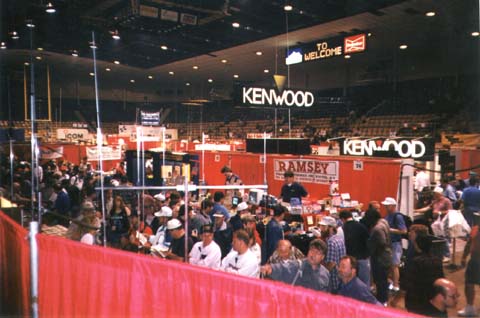 Another shot of the main arena from the east. 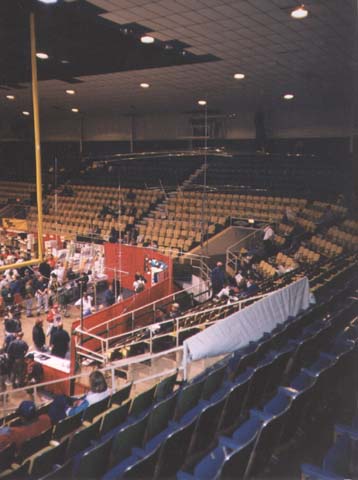 A tower full of antennas, complete with
tri-band beam take up only a small spot
in this massive ham radio exhibit. 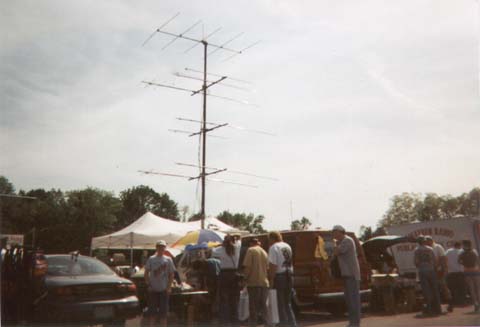 This was taken at the outdoor fleamarket at HamVention. 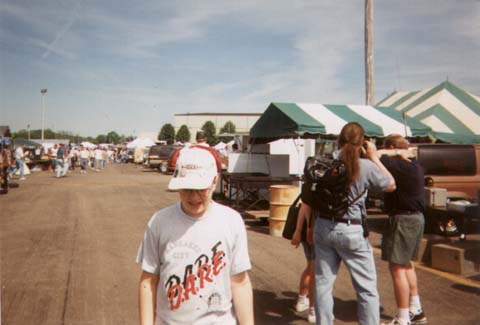 Andy, son of KB9NYW out in the fleamarket. 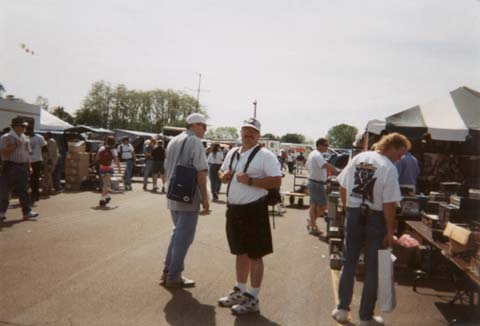 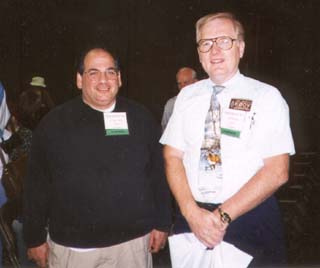 This was taken at the Foxhunting program.

On the right is Joe Moell K0OV, writer of
CQ VHF magazines Homing In Column.

Both Joe's were guest speakers
for the morning Foxhunt / ARDF talks. 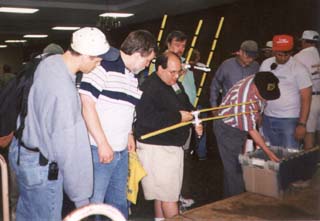 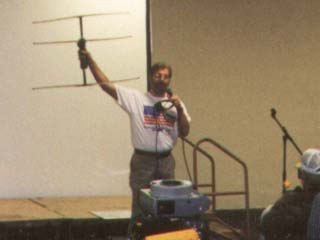 This speaker was part of the US ARDF
team during the games in Hungary showing
one of the Russian made ARDF yagis. 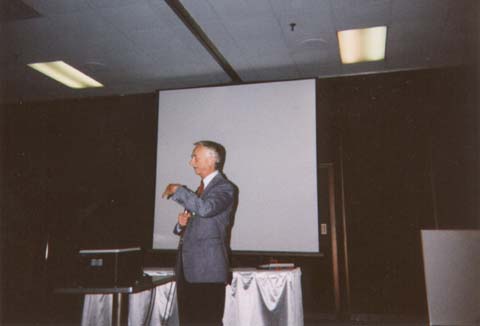 This is American astronaut and geophysicist
Owen Kay Garriott, W5LFL. 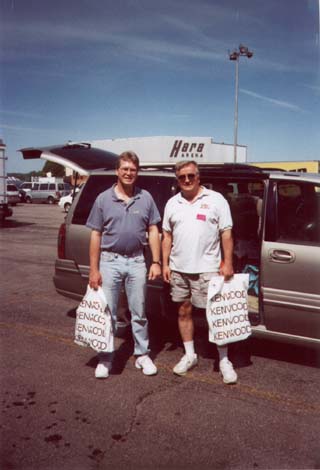 Greg WB9STR and Don K9NR
in front of the Hara Arena. 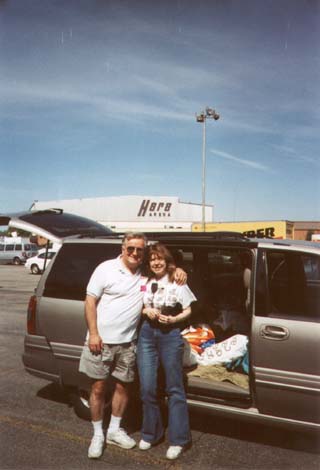 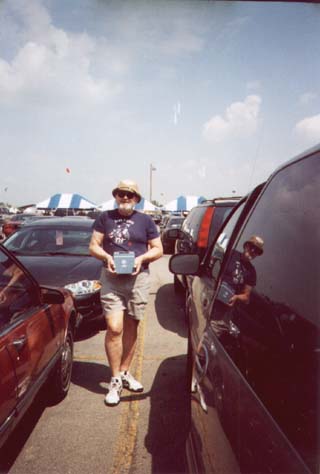 Will, K9IFO found something
he could'nt live without! 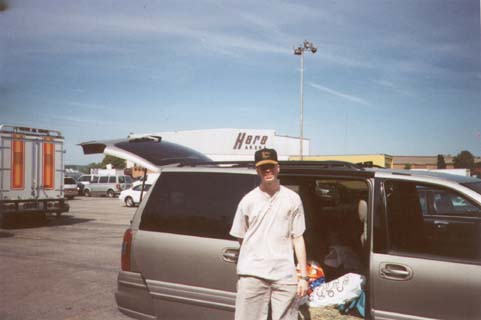 Krister, KB9PEA in front of the Hara Arena. 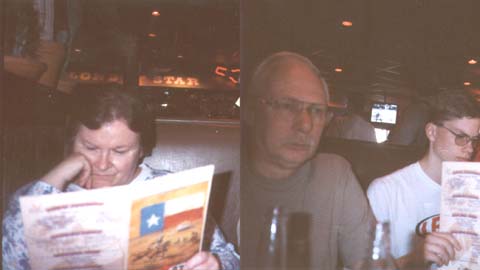 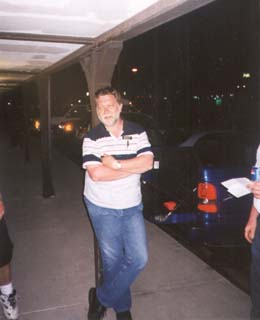 This is Clay, N9IO relaxing at the
KARS / FARG Hospitality Suite. 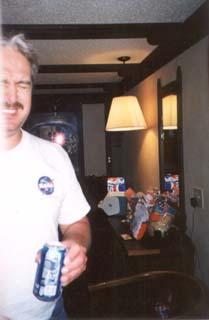 Bob N9MBR at the Hospitality Suite not
wanting to be immortalized on camera. 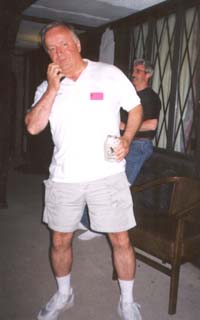 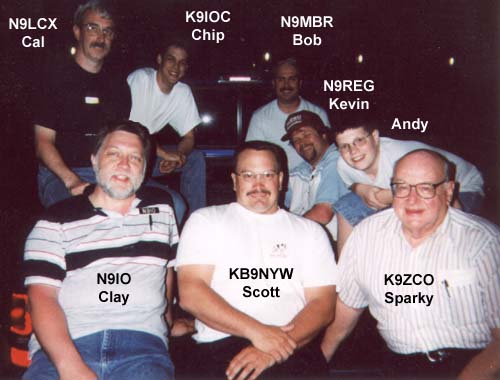 This was taken at the KARS / FARG Hospitality Suite.
Top L-R is N9LCX, K9IOC, N9MBR, N9REG and Andy.
Bottom L-R is N9IO, KB9NYW and K9ZCO.
We had a wonderful time and are planning another
joint hospitality suite during Hamvention 2000...
DON'T MISS THE NEXT ONE!!!!!!!!!!


FYI, HamVention 2000 is going to be the
National Convention of the ARRL.

This will certainly be an historic
event that you won't want to miss!

ARRL will be transmitting as W1AW / 8.
All amateurs will get a chance to
operate from that historic site.

This website is written in FRAMES.
If you are viewing this page as a separate page
please CLICK HERE for the KARS HOMEPAGE !